A New Government for a New Day

The Huu-ay-aht First Nations will be governed by a group of seven people. The Chief-Councillor is elected separately and acts as the head of government. He or she assigns portfolios, respresents the HFN to the rest of the world and sets the agenda for the coming year. The Members of Council are assigned portfolios based on various areas of responsibility: finance, economic development, citizenship, treaty implementation, health, education, forestry, fisheries, lands and so on. Then, all Members of Council work with each other, the administration and the people to make policy and other political decisions about how the Huu-ay-aht First Nations runs.

An Issue of Trust

Before the Effective Date of the Treaty, the government had to abide by rules set out in the Indian Act. This is no longer the case. The HFN has established its own law and policy based on a long period of development that involved the people at all stages. It should go without saying that our government will be more effective at making better decisions for the people it serves, but I must say that this may not yet be the case.

I think our people have experienced disappointment at the political level for a long time due to various reasons. While I believe that the future will be much brighter, I think it's important that our government shows the people that it can be trusted with the new authorities that it has been granted through the treaty. So what can we do?

We Need to Show Our Work

1.    All members of our government should be available for face-to-face meetings with the people they serve. To do this, I think we need to go beyond newspaper articles, website entries and community meetings. I think our government needs to make themselves availabe at regular times every week in both Anacla and Port Alberni (to start). During this time,  Members of Council will make themselves available at either of our offices to answer questions and receive input for any citizen who takes the time out of their day to meet with his or her representative.

2.    In addition, I think it should be mandatory for everyone in government to not only speak, but to take direct questions from citizens at every People's Assembly held. Having compulsory "question periods" will do a lot to ensure that all Members of Council know their portfolios and can show that they've added value the community.

3.    For too long, Huu-ay-aht from every community have felt as though they have not been represented by their government. Our election law allows for everyone to cast their vote, but I don't think that necessarily means that everyone gets to have their input. If we assign a Member of Council to represent our people in Anacla/TSL, Port Alberni, Vancouver Island, the Lower Mainland and Beyond, then we can better ensure that every voice from every place can be heard. These assignments would be rotated every year so that each Member of Council has experience with as many communities as possible.

We Need to Work Harder Than Ever

Linked to these ideas is another. In the past, portfolios were held by one person for the entire term of office. This allowed for consistency, but I think there's a better way. I think major portfolios should be assigned to two people: a senior Chairperson who holds the position as long as the Chief-Councillor wishes and a junior Vice-Chairperson who would serve for one year before being assigned to another portfolio.

Assigning two Members of Council to each major portfolio would ensure that everyone in government has a deeper understanding of all facets of the government. This way, each Member of Council would be a teacher and a student. This way, we retain the consistency of a long-term assignment and allow for new ideas at the same time. In addition, this ensures a measure of supervision of each Councillor by his or her peers. Finally, it allows for work to continue when the senior Councillor is unavailable due to sickness, emergency or a scheduling overlap.

Building Trust and Building a Nation

When the government works hard and can show it, I think our people will come to trust it. If we can earn their trust, then we're that much closer to creating a community based in hope and opportunity for all. But it starts with trust, and I think this a good way to earn it. 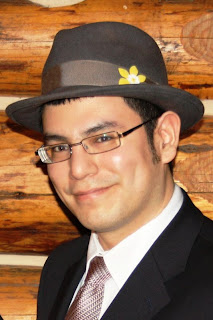